It was a flag-to-flag win for David Vidales, from pole position all the way to the chequered flag

The Monaco Increase Management driver took home his maiden F3 victory today at the Circuit de Catalunya in the most straightforward way, leading from the start through all the 20-laps event and fending off attacks from direct rival Jack Crawford in a determinate, yet totally fair and sportsmanlike attitude.
For the Sprint Race, Vidales had been granted pole start thanks to P11 in Friday’s qualifying session. The ‘inverted grid’ rule and a penalty handed to Zane Maloney had promoted Vidales from a first-row start to the first slot on the grid. From there, the MIM driver pulled away swiftly when the lights came out, hugging his racing line on the righthand side, and keeping the lead through the first corner. Vidales quickly pulled away from the rest of the pack, building up a margin of over one second over second-placed Juan-Manuel Correa. The action came a few laps later, when Jak Crawford overtook Correa and started to close in on Vidales. The Campos driver kept a cold head, but debris left on track from Colapinto’s broken engine cover caused him to slow down slightly, allowing Crawford to exploit his DRS device down the straight. Vidales calmly defended his position until lap 12, when Crawford tried to came around him on the outside at Turn 1. The Prema driver’s move was a few meters short though, but instead of falling back behind Vidales, Crawford insisted to press his attack through turn 2, a left hander with only one racing line. Vidales was still ahead and kept close to the inside kerb to get the apex, while Crawford behind him had to drive through the runoff area (and in the process of rejoining the track missed a bollard).
The incident was noted by the Race Direction which took no further action, rightly confirming Davd's first place finish. Vidales, meanwhile, had already stepped on the top of the podium to celebrate his maiden FIA Formula 3 win. The 20-years-old from León, Spain, has come a long way since he won his first two car races ever two years ago in the F.Regional series. Campos Racing and Monaco Increase have supported Vidales in his effort and now can deservedly enjoy his success, but there’s more to come. Meanwhile, thanks to the ten points for the victory, Vidales jumped to eigth in the overall series classification with a total of 19. 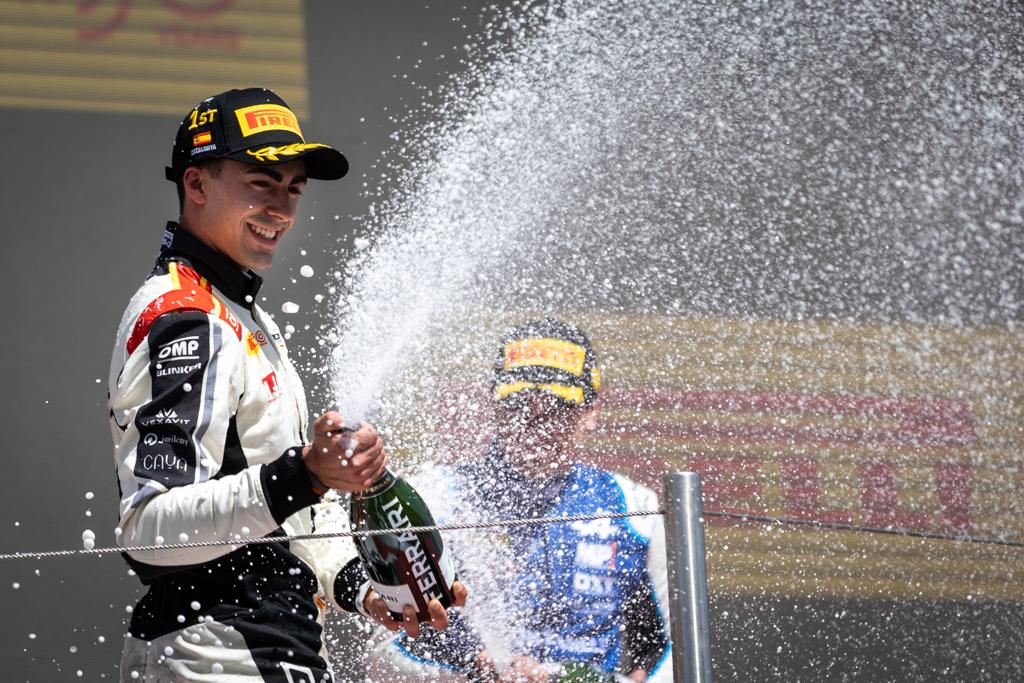 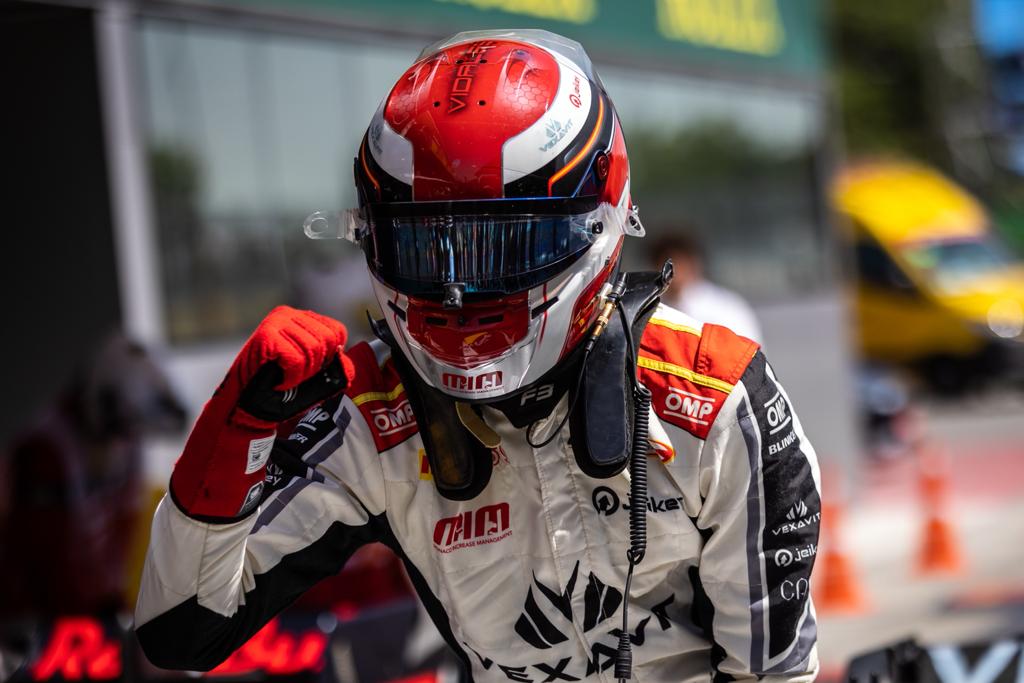