David Vidales can only blame a red flag for his disappointing weekend at Spielberg. The flag came out in the very last moments of Friday's qualifying session, when the Monaco Increase managed driver was on a flying lap that should have landed him in a top-five grid position. But the session was stopped (because of an incident) and Vidales was left with his previous lap time, meaning that he could not improve from 19th on the grid. Race-1 on Saturday thus proved to be a difficult one, as the Campos driver was involved in a collision early in the race and had to pit for tyres and a new nose for his #20 car. Vidales rejoined at the back of the field and once again made his way up to 18th place in a race that saw three safety car periods. Shortly after the chequered flag dropped, Vidales was handed a 10-seconds penalty 'for causing a collision', but further investigation and a report from the other driver cleared his position and the penalty was lifted, allowing David to keep his P18 finish. Race 2 on Sunday morning started in rainy conditions and Vidales made up a couple of places early on. He then had a long battle with team-mate Josep Martì, who later damaged his car in a collision. In a race that was marred by a number of accidents, Vidales kept a cold head and skillfully avoided a few pile-ups of cars, passing Reece Ushijima in the final lap and bringing home a 12th place finish which does not fully reflect his potential this weekend. "The pace was there", said the 20-years old from Leòn, Spain "and our moment will come". Hopefully this will happen already at the next round of the F3 series in Hungary at the end of this month. 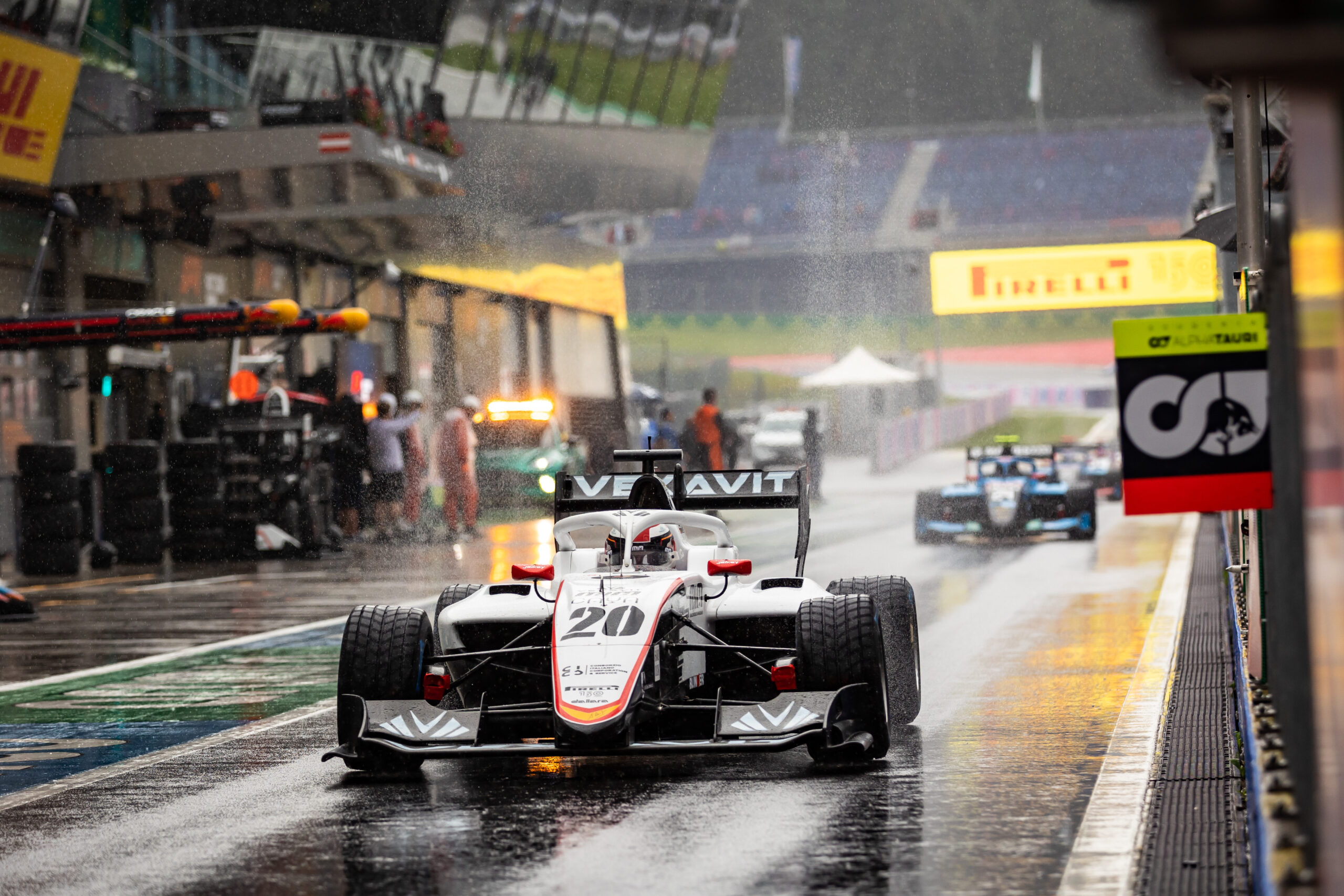