After barely missing the Fast Six group in qualifying, Monaco Increase managed driver Alex Palou was confident that his #10 car - in a shiny new American Legion livery - was competitive enough to grant him a good result in Saturday's 85-laps Gallagher Grand Prix which was run once again this year on the Indianapolis 'infield' road course. The task, though, proved to be harder than expected for the defending Indycar series champ, who has recently announced his switch to the McLaren family in 2023. Tire issues and an ill-timed caution period did not help Palou's race, but in the end the 25-years-old Spaniard managed to bring home a tenth overall place that adds up another 20 points to his tally. Starting from P7, Palou immediately had to drive off track and into the grass to avoid Pato O'Ward spinning car. He was running ninth when the team called him in for his first pit-stop as early as Lap 12. Palou traded his Primary (harder) tires for a set of used Alternates (soft) and once back on track he managed to pass Pagenaud, but only twenty laps later his tires went off the cliff and he had to pit again on Lap 34 for a new set. Shortly after, the whole pack benefitted from a caution period triggered by a slow-running Pagenaud, and Palou once again found himself in the midfield, overtaking Sato and Rosenqvist for P11. On Lap 48, Palou had entered the top 10 group and the situation remained unchanged after he had served his last pit call with 25 laps to go, easily holding team mate Marcus Ericsson behind him.

"It was a tough day", said Palou. "Started seventh, had some issues at the start, had a really bad second stint and just drove our pace a lot. We came home 10th which isn't terrible but obviously not what we wanted. Time to push a lot for the last four races we have and gain those points back to try and get the second championship."

With this result, Palou is still running sixth in the series' points standings and still a contender for the final title with four more race weekends to go, starting already next week with the Big Machine Music City Grand Prix in Nashville, Tennessee. 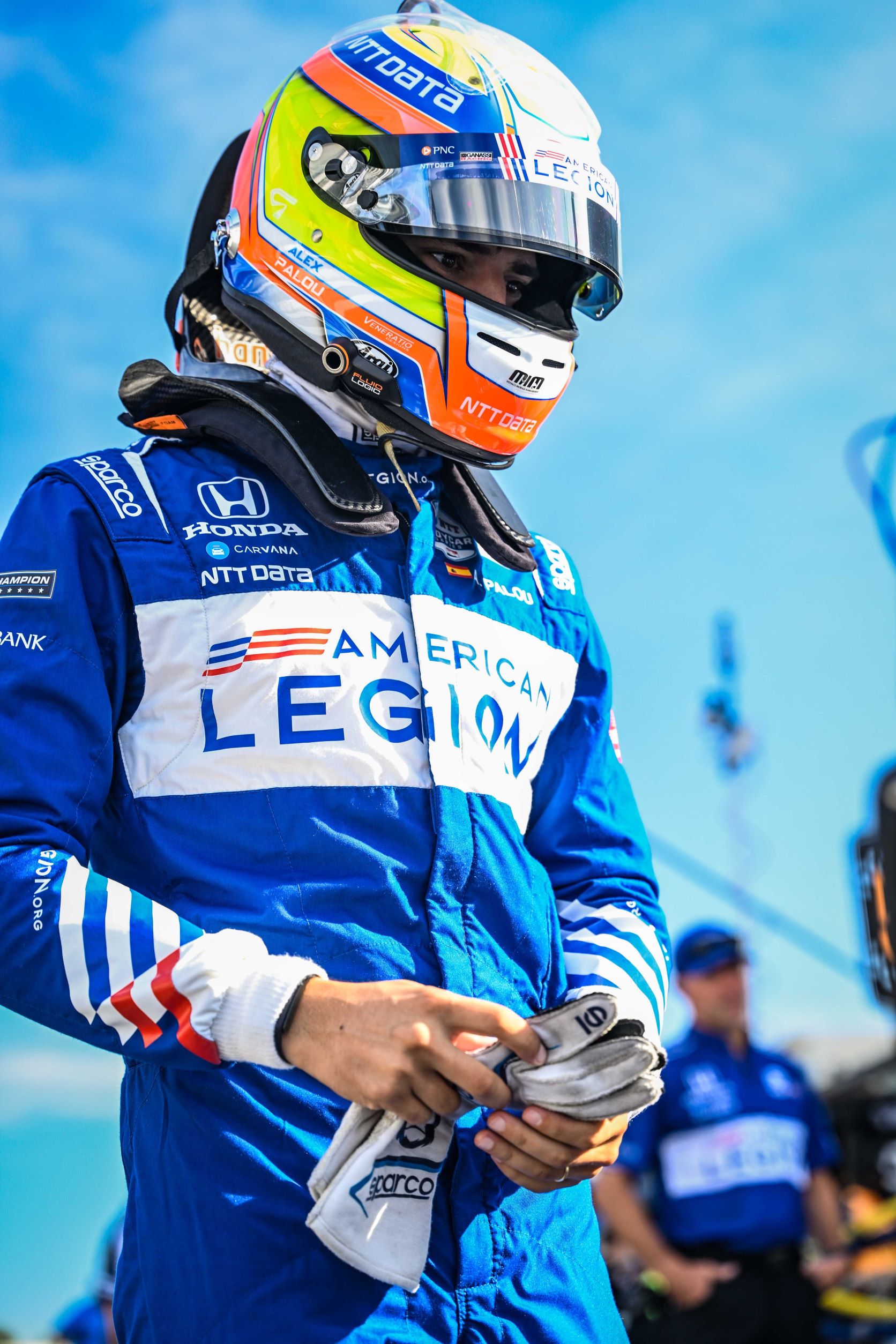