"Let's go get them!" texted Monaco Increase Driver Alex Palou shortly before leaving for Nashville, Tennessee. Easier said than done, because competition in the Indycar series is always harsh and "getting them" to recover precious points did not look as the easiest task even for a defending champion, Yet, Palou managed to finish on the podium in an extremely difficult race, marred by as many as eight caution periods including a final red flag interruption, which allowed all surviving cars to fight to the end in a frantic final lap. Once again, MIM's Palou put his skills to best use, staying calm and out of trouble through all the 80 laps of the Big Machine Music City Grand Prix which once again did not belie its reputation as a game of survival.
Palou started his masterpiece already on Saturday, easily entering and topping the Fast 12 group in qualifying and ending up with fourth best on the grid. Starting position is paramount on such a narrow track but Paolu further improved at the start of the race, which was delayed one and a half hour to shelter people on the grandstands from a thunderstorm. At the green flag signal, Palou passed Lundgaard for third, taking advantage of his 'option' tires (which from now on sport a green band on the sidewall instead of the usual red one). As the rubber started to wear out, Palou pitted alone on lap 22, and immediately afterwards Castroneves span on track and a full course yellow was called. Most cars then went for the pit road and got stuck in traffic, so that eventually Palou emerged as the race leader. The race went on amid a series of multiple accidents and when Rinus Veekay clashed with Graham Rahal, on lap 54, it was time for Alex to pit again for tires and fuel. This time, though, the race did not come towards Palou as he found himself in P6 rejoining the track.
Undeterred, the Spaniard quickly regained one position and then took fourth place away from Will Power with a daring, yet clean, move under braking. Unfortunately, the left edge of Palou's #10 Honda powered Dallara clipped the Australian's car and got damaged in the process. Palou soldiered on despite having to drive with a front wing that wobbled visibly on the course bumps, but that did not affect Alex's pace massively, even though he had to yield position to Scott McLaughlin on the umbteenth race restart. With only four laps to go, Grosjean crashed into the barrier and the race was stopped with the red flag. All drivers went to the pit road as the track for cleared from debris and drivers went out again for a final hot lap. Despite the damage on his car, Palou attacked at the first corner and passed Lundgaard for a podium position, which he held through the finish line.
"It was a good day and I'm super happy with this result", Palou said just after the race "We were a bit lucky with the first pit stop, but we had the pace to stay ahead. The second stop was not as lucky but we kept fighting and gained some points back".
Actually, the 38 points the MIM driver bagged in Tennessee mean that he's running fifth in the series classification, only 33 points away from leader Will Power and with three more events to go in the calendar. So far, Palou has scored 5 top-five finishes and eleven top-10 finishes, second only to CGR team-mate Scott Dixon. Once again, consistency pays off for Palou and MIM. 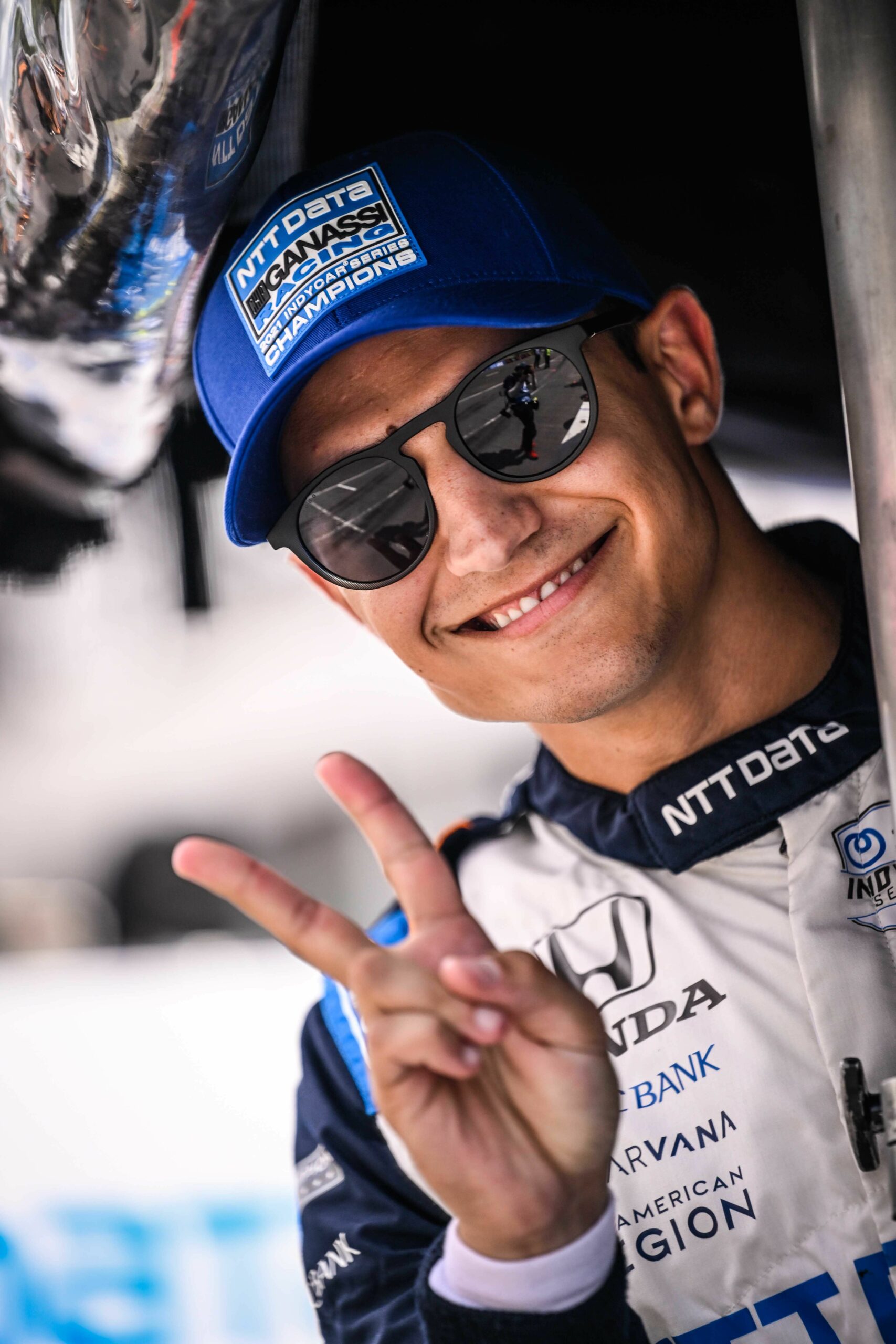 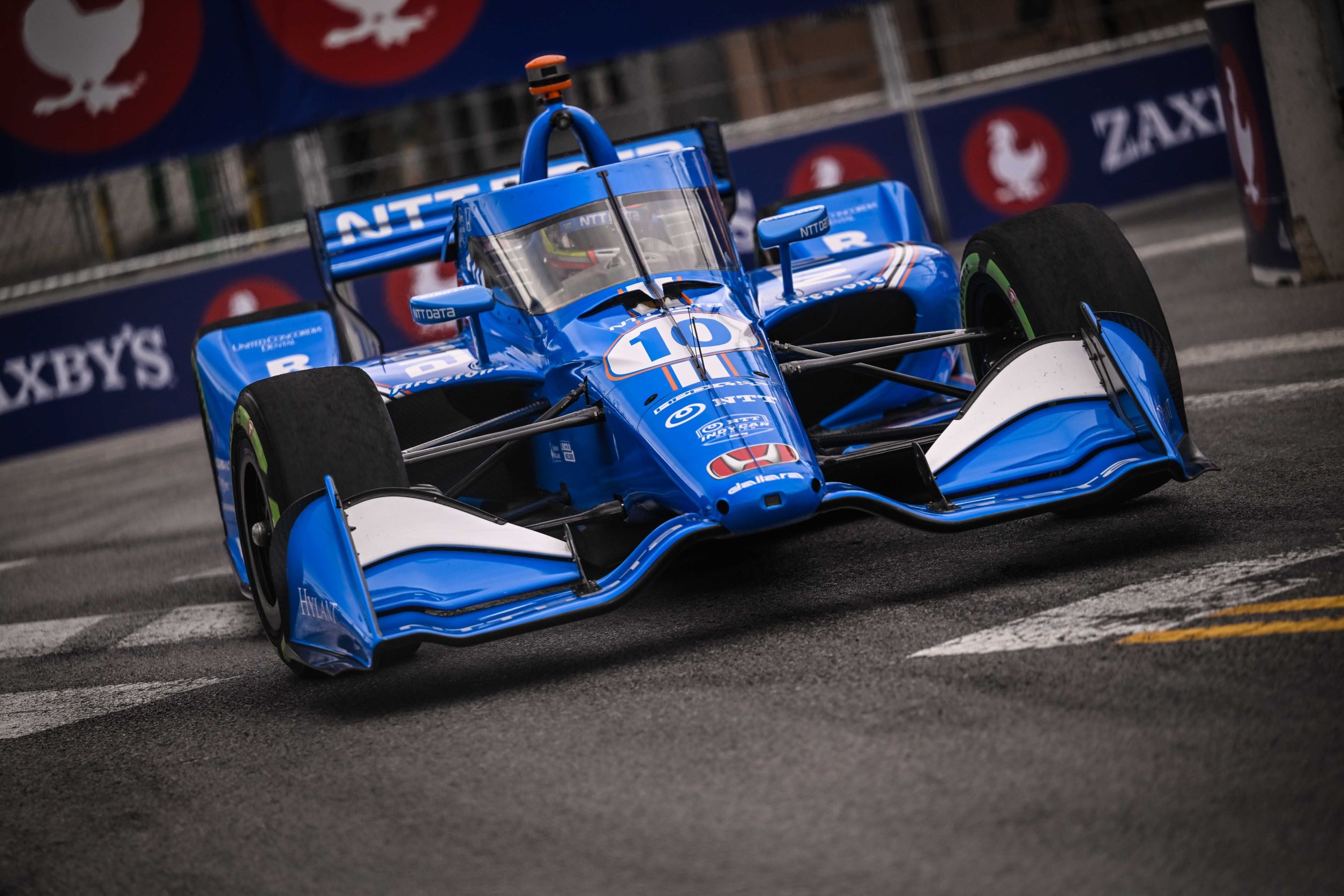