Monaco Increase driver Alex Palou overcame a series of difficulties in the Detroit Grand Prix weekend to come away with a comforting 6th place in the 70-lap race, which rather oddly had no 'full course yellow' interruptions. This was the last edition of the event on the traditional Belle Isle track, with the race being slated for a new street circuit starting from next year. Palou was determined to perform well but qualifying proved to be a disappointed for the Spanish-born driver, who could not avance to the Fastest 12 on Saturday. Subsequent investigation from the CGR team revealed a differential issue which caused his #10 car to be instable, and Palou was given a new differential for the race that he had to start from 18th on the grid.
Unlike most fellow drivers, Palou chose to start the race on a set of 'Primary' tires (the hardest of the two available compounds) and opted for a two-stop strategy, knowing that he would have to pay the price once a compulsory set of 'alternate' (soft) rubber was fitted to his car. Palou really gave it all in the first stages of the race, making up positions at the start and then passing Grosjean, Ericsson and O'Ward on track to take P6 after only eleven laps. Another move on Simon Pagenaud gained him fourth place as other cars started to pit for harder tires (and Palou still had some 111 seconds of Push-to-Pass available!). The 25-years-old Monaco Increase driver overtook Power and entered the top three group before pitting himself for Alternates. As predicted, the softer rubber proved to be much less competitive and quickly dropping in performance, so that when Palou emerged from his second pit call on lap 44 he had to start recovering positions again, which he did, having topped the fuel tank to the maximum of the car's range. In the end he climbed to P6 and kept that position till the chequered flag, bringing home move valuable points which enabled him to still be within striking range to new series leader (and race winner) Will Power, who is only 14 points away from Palou as the Indycar circus moves to Road America for the next event in just one week's time.
“It was almost a perfect day for us", said Palou. "We started really far in the back after not having a great day yesterday in qualifying, but we made it up to P6. Strategy was on point; pit stops were really good, and the car was really fast. Now we will go to Road America, which is probably my favorite racecourse on the calendar, so I’m looking forward to it.” 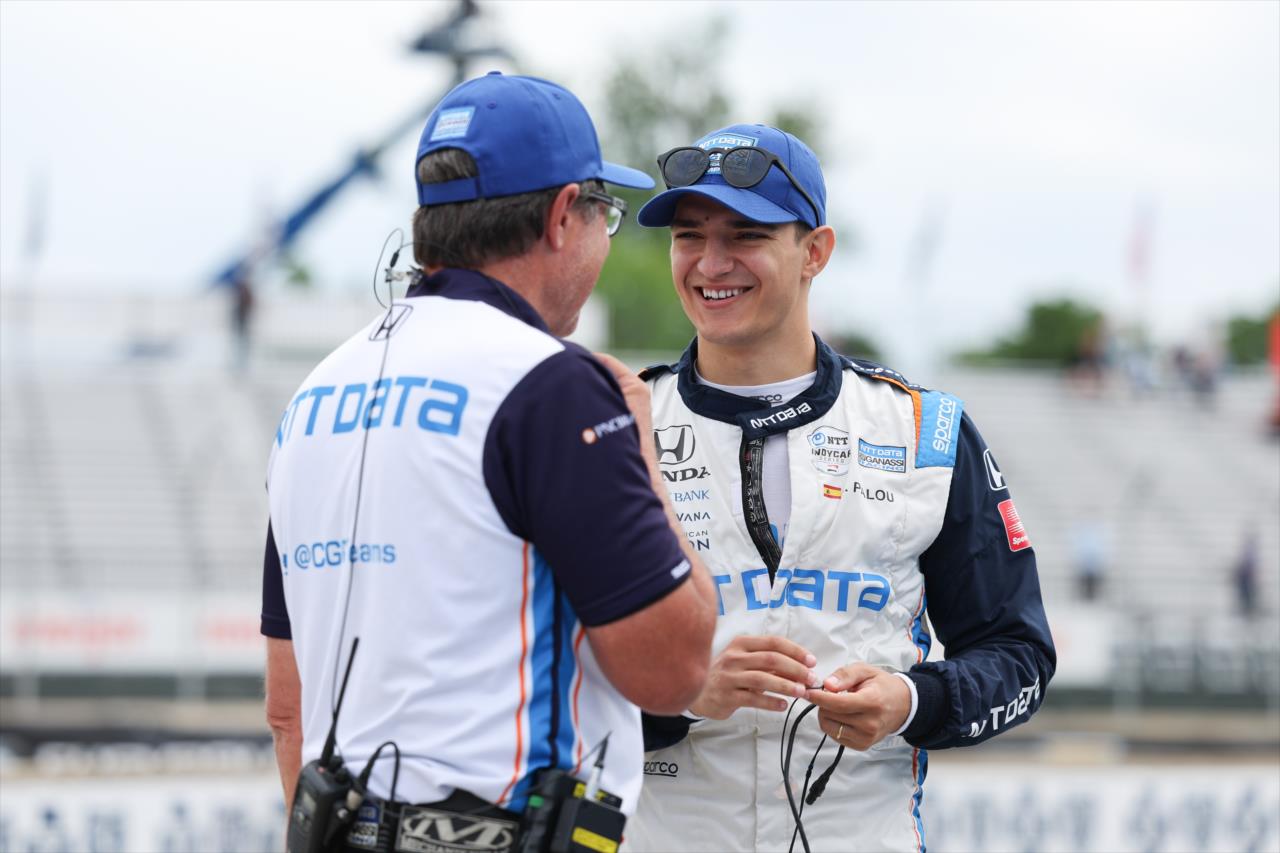